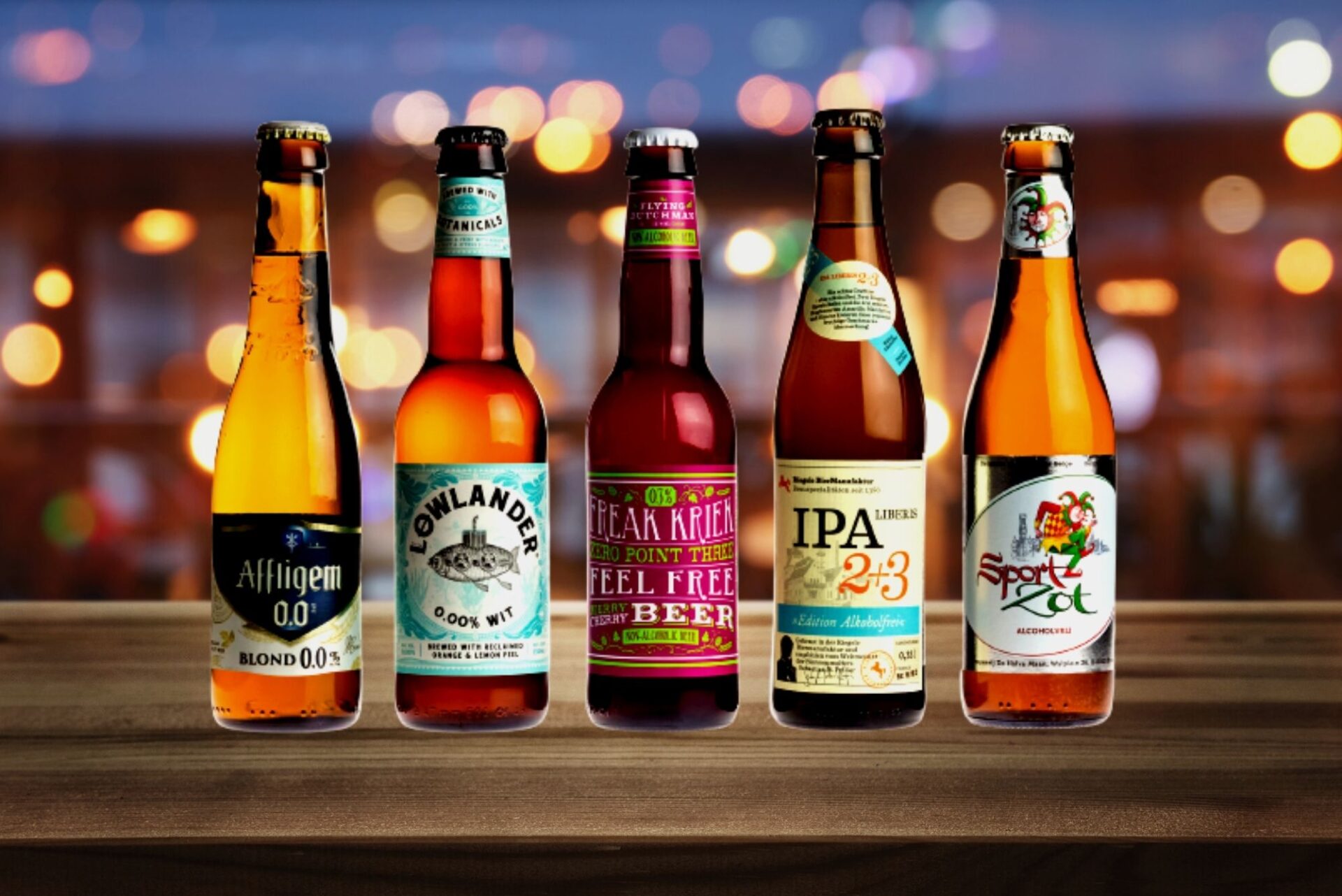 A friend helped me move a few years ago, and like I usually do for my friends, I decided to pay him in beer.

As I handed over the 6-pack, I caught my friend’s uncomfortable expression and remembered that he had a gluten allergy.

I don’t know if this is the case for everyone, but I often forget that traditional beer’s main ingredient is a gluten-containing grain. The most common grain for brewing is barley, but some breweries also use wheat or rye.

The grain is converted into sugar through a process called malting. Then the sugar is consumed by the yeast in the fermentation process.

We’ve compiled a list of beers for people with Celiac Disease and other gluten intolerances to enjoy.

Whether you are severely allergic or just prefer not to eat gluten, someone has created the ideal brew for you.

Not All Brews Are Created Equal

Because barley, wheat, and rye are typically used in brewing, regular beer is unsafe for people with gluten allergies or gluten intolerance.

The gluten content of the beers listed below varies with the method used to brew.

Gluten-reduced beer is brewed with glutenous grains like barley, but the gluten is broken down and reduced by a particular enzyme after the brewing process.

The beer will still contain some gluten and is not safe for people with Celiac Disease.

Gluten-free beer is brewed using gluten-free ingredients like rice, millet, and buckwheat. This beer contains no barley, wheat, rye, or other glutenous ingredients.

It is safe for people with Celiac Disease.

Beer with this label has been brewed in a gluten-free brewery using alternatives like rice, millet, and buckwheat.

For many dedicated gluten-free brewers, the brewing process is personal. Many such brewers have family or friends with gluten sensitivities or may be gluten intolerant themselves.

Battle of the Beers

Now that you know a little bit more about gluten-free and gluten-reduced beer, it’s time to find your new favorite beverage!

If you have Celiac Disease, make sure the beer you buy is gluten-free or dedicated gluten-free.

Some of the beers listed below are gluten-reduced, which means they still contain traces of gluten.

This gluten-reduced IPA (India Pale Ale) is fermented using a unique process that breaks down gluten and extracts it from the brew.

Stone Delicious IPA contains two different kinds of hops: Lemon Drop and El Dorado. This IPA has a bold, medium body with a strong citrus flavor and a hint of spice and toasted malt.

This gluten-free blonde ale routinely finds its way into the “best overall” category in lists of gluten-free beers.

Glutenberg is a microbrewery in Quebec that brews using gluten-free grains like quinoa, millet, buckwheat, and corn.

The Glutenberg Blonde Ale is a pale ale with a slightly bitter taste and citrus notes.

Caramel malt makes the Omission Pale Ale full-bodied, and the Cascade hop profile makes it the perfect cold one to crack open at a barbecue or picnic.

The Widmer Brothers Omission Pale Ale is a gluten-reduced beer.

An independent lab tests each batch of Omission beer to ensure that it is gluten-free, and you can review the test results of your batch on the Omission website.

In addition to their glutenous beers, Wisconsin’s Lakefront Brewery offers a selection of gluten-free beers that can be enjoyed by people who can’t drink gluten-based beers.

Each batch is tested for gluten before being bottled and shipped.

New Grist is an American pilsner brewed with rice and sorghum instead of the usual grains. It was the first gluten-free beer granted label approval by the U.S. Government.

This pilsner is light and hoppy, with hints of green apple. Lakefront also brews New Grist with Lime.

Their Prairie Path Golden Ale is “gluten-removed,” meaning that They originally brewed the beer with glutenous grains but removed the gluten using an enzyme.

Prairie Path is a creamy golden ale with fruity notes and a hint of lemon. This golden ale pairs wonderfully with a meal and is an ideal refreshing beer for a picnic or barbecue.

Gutenberg is a Quebec-based gluten-free brewery that creates its beers using millet, buckwheat, rice, and corn.

One of the co-founders was gluten intolerant and had been disappointed with the gluten-free beers he had tasted. Thus, Glutenberg was formed.

Glutenberg has branched off even further from the already niche market of gluten-free beers to create a sour gose.

The Glutenberg Gose has a sour kick and a dry finish with notes of citrus and sea salt.

Alt Brew in Madison, Wisconsin, is a dedicated gluten-free brewery.

It was founded by Trevor and Maureen Easton, a married couple who wanted people with Celiac disease to enjoy beer.

Maureen was diagnosed with Celiac disease in 2008, and they gave homebrewing a try. Their delicious beer is only distributed in Wisconsin, but it’s worth a taste if you’re in the area.

Since founding Alt Brew, their selection of gluten-free beers has expanded, and now they offer a selection of IPAs, ales, stouts, and porters.

Rustic Badger is brewed with Belgian yeast and two kinds of hops. If you enjoy a bitter beer, give this gluten-free option a shot.

Ghostfish Brewing Company is a gluten-free brewery based in Seattle.

Using mainly malted millet, Ghostfish produces an impressive line of craft brews that you can enjoy regularly, plus seasonal beers like a pumpkin ale.

The Shrouded Summit Belgian White Ale is brewed with millet, buckwheat, and rice instead of glutenous ingredients.

The white ale features sweet orange and coriander notes for a citrusy taste. This pale gold ale is a testament to the ingenuity of brewers who brew gluten-free.

The Holidaily Brewing Company was founded by Karen Hertz, a brewer whose treatment plan for cancer recovery involved a gluten-free diet.

Her motto for Holidaily  is “live every day like it’s a holiday.” Holidaily is based in Golden, Colorado, and their 100% gluten-free beers range from ale to IPA to stouts.

It contains a blend of Cascade and Centennial hops for an unobtrusive hop character.

Another marvelous Ghostfish brew! As the name suggests, the Grapefruit IPA is a bitter beer with strong grapefruit and hops tasting notes.

It boasts even more of a citrus punch than most American IPA’s. It has won gold in the U.S. Open Beer Championship and is a must-try for gluten-free citrus lovers.

Ground Breaker is based in Portland, Oregon. This dark ale is a gluten-free brew made with roasted chestnuts and lentils.

Notes of chocolate, coffee, espresso, and dark fruit permeate this brew with a robust mouthfeel that dark beer lovers crave.

How Much Does Moonshine Cost?

What’s The Difference Between Draft And Bottled Beer?