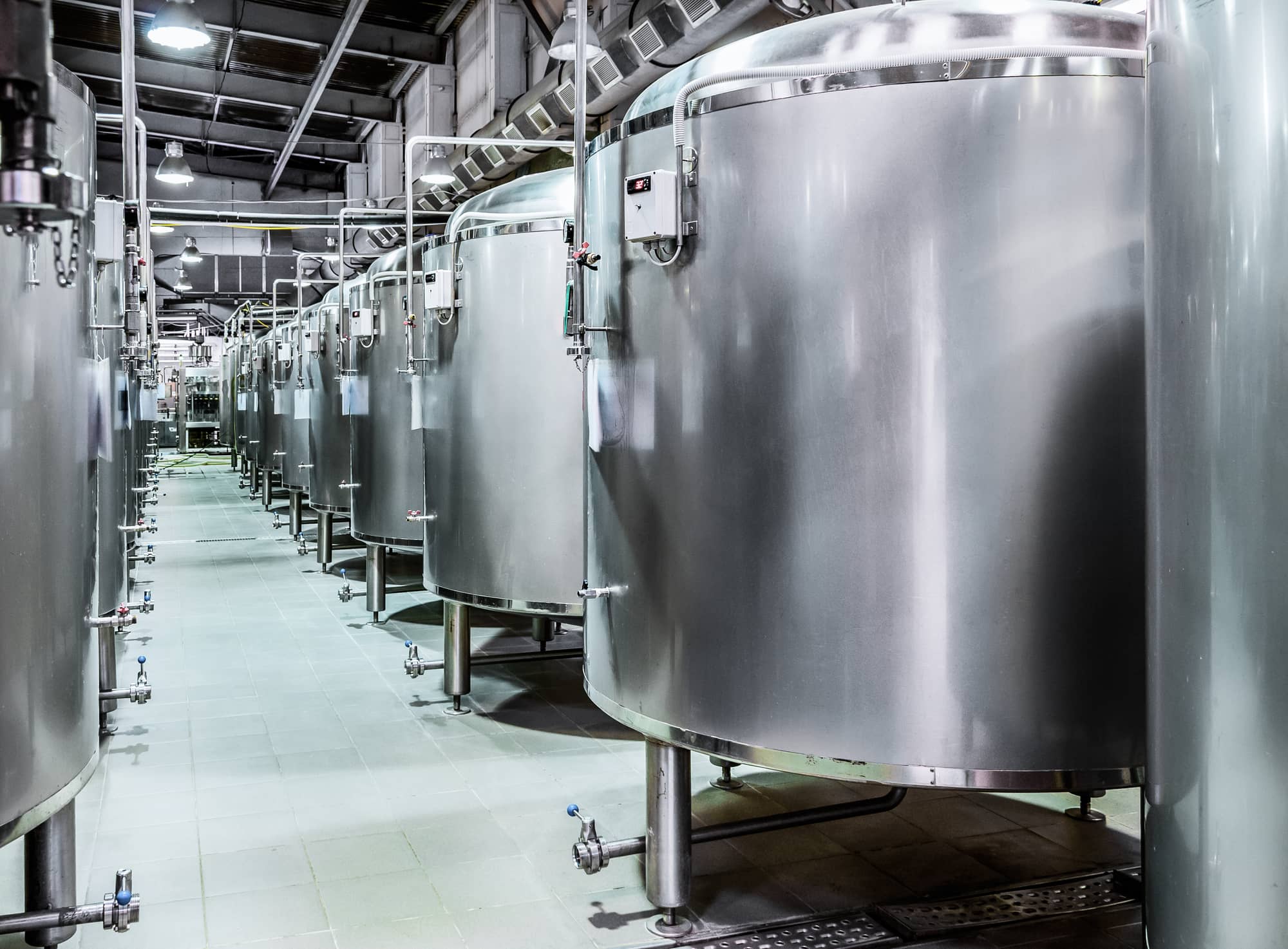 The fermentation chamber is one of the most essential pieces of equipment you need to get your homebrewed beer going. It’s where your beer will work its magic after the yeast and recipes have been prepped.

Since this is a critical part of your setup, let’s talk about some of the options out there. Here are some of the fermentation chamber options on the market right now.

A fermentation chamber is a place you’ll put your beer while it’s fermenting. It’s where the beer is going to develop and carbonate.

So, it has to be a vessel that will be able to keep your beer cool, sealed away, and safe. Here are some of the different fermentation chambers we have seen on the market right now:

Cool Brewing has a fermentation chiller made to hold several different kinds of chambers. The cooler holds fermentation buckets or fermenters up to eight gallons in size. The cooler’s sides have pockets to place flat ice packs that cool down your beer and keep it at the perfect fermentation temperatures.

Also, the Fermentation Cooler 2.0 is collapsible. So, if you’re not making a brew, you can tuck it away into a closet or up on a shelf until you need it again. This cooler can also be used as a keg cooler for parties, so it doesn’t have to be used only for making beer at home.

The BE-CAT Catalyst from Craft A Brew is a conical fermenter holding up to 6.5 gallons of brew. It’s designed to be an all-in-one setup, thanks to some of the features it has.

First of all, the butterfly valve at the bottom can hook to almost any size glass jar. That way, you don’t have to transfer the beer into another vessel when taking it out from the fermenter. Also, the BE-CAT system is made with a high-grade, BPA-free plastic vessel and reinforced stand.

Made by Anvil, this stainless steel bucket fermenter is a basic fermentation chamber. The chamber is made with 304-grade stainless steel. It has a conical bottom that helps gather sediment and solids and a spigot valve that keeps those solids from being drawn up.

The lid and valve create air-tight seals when all the clamps on top and bottom are pressed down, thanks to the rubber seals built into the lid and valves.

If you’re looking for a plain, plastic fermentation chamber, then Chicago Brew Werks has their 6.5-gallon bottling bucket available. This chamber is a bucket with an attached spigot meant to be a simple chamber to brew beer.

These buckets are a very affordable option to get started fermenting your brews on a homebrewing budget. Thanks to that lack of features, and the plastic body, Chicago Brew Werks keeps the cost of this chamber down.

Fastfrement has a host of accessories that you can pick up for this chamber. Some of those accessories include thermometers, sampling ports, and bottle racks for bottle conditioning your brews.

Once you have your fermentation chamber chosen, now comes the fun part: homebrewing beer. The trouble is that there are a lot of things to know and figure out with brewing.

If you can keep some of these things in mind when picking your fermentation chamber, you will be able to pick out a system that suits your needs.

How to Prep Your Yeast

Yeast has to be activated before you can add it into your brew. Both dry and wet yeast are used for beer, but the different kinds will have varying starting methods.

In either case, you will want to follow the instructions for your yeast of choice and pitch or add the yeast to the fermentation chamber once it’s activated.

Another way you can check your yeast is to make a starter with it. A basic yeast starter will have malt extract, yeast, and water mixed. The water dissolves the malt, and then the malt activates the yeast once it’s added.

The starter has to be mixed well during its creation to ensure that all of the yeast is activated before being added into the brew.

Benefits of a Fermentation Chamber

One example of this is consistent temperature monitoring or control. Maintaining your yeast’s ideal fermentation temperature will give the yeast a chance to work its magic and make your beer carbonated and alcoholic.

Many fermentation chambers have ways to control the temperature during the hours of fermentation, such as changing out ice packs to cool it down.

Fermentation chambers are also designed to be airtight. Leaks or gaps in other vessels mean that outside air can get in and ruin the taste of your beer. It also means that carbonation can leave the beer, making the beer taste bitter or flat.

Why Fermentation Matters for Beer

With all this talk about fermentation, you’d think it’s pretty important. That’s because it is! The fermentation process is how the yeast in your brew will convert the sugars into alcohol.

Microbes, or tiny organisms like yeast, take up sugars in their environment and convert them into ethanol, which is the alcohol we drink in our beer. These special critters have a unique metabolic pathway, or sugar digestion, to create alcohol.

That’s why yeast can help us make beer even though the human body doesn’t make alcohol itself.

As a waste product, yeast makes carbon dioxide. This is the same gas that we exhale when we breathe out. It’s also the same gas we use to carbonate drinks like soda and energy drinks.

Carbon dioxide is the gas that gives beer its fizzy sensation on the tongue, so this byproduct also helps make beer taste good!

Depending on the yeast you use and the recipe you follow, fermentation can take a while to seem like it’s working. Some brews take up to three days to show signs of fermenting, so brewing beer will be a patient person’s game. Still, there are some ways to speed things along.

The first thing to check is that your fermentation chamber is sealed. If the outside air is getting in, that will take carbon dioxide out of the brew and cause your beer to go flat. It also kills the reaction of the yeast with the sugars in the brew.

Temperature plays a significant role, too. Make sure that your brew is at the temperature it needs to be for your yeast. Heat or cool the brew if you can.

Finally, if you need to speed things up, pitching in more yeast can speed up the reaction. More yeast means there are more workers in your brew making alcohol and carbon dioxide.

There’s a reason you want to keep your beer in a cold, dark place while it’s brewing. While a cold temperature keeps your yeast from heating too much, darkness will keep them from making nasty compounds out of your hops.

When UV light hits your hops, it causes some side reactions. Specifically, UV light causes a reaction with some of the acids in the hops. The reaction creates a compound called 3-methyl-2-butene-1-thiol, a sulfur-containing compound.

This foul-smelling compound is almost identical to the same mixture that skunks will spray when threatened. Definitely not a pleasant taste.

By storing your beer in a dark place, you keep UV light from hitting your hops and starting this reaction. Many fermentation chambers on the market have either opaque or tinted walls, so this won’t be a problem.

Still, if you were curious why everything is solid or brown, this is why!

Once you have a fermentation chamber picked out, other questions can come to mind when starting to brew. Questions about necessary or extra tools, practices, and similar things can come up. Here are some of the common questions we’ve seen about those topics:

Do I Need a Thermometer for My Fermentation Chamber?

Thermometers are essential to know how warm your brew is running. If the yeast is too hot or too cold, you will not get the right taste for your beer. Having an off temperature could even prevent fermentation from happening! We recommend that you get a thermometer or a fermentation chamber with a thermometer pre-installed.

How Important Is a Hydrometer?

Hydrometers are important for two things: determining your ABV and figuring out your final gravity. While ABV isn’t critical for many home brewing hobbyists, the final gravity for your brew will tell you if your fermentation is done or not.

If fermentation isn’t complete, then you won’t get the taste you want out of your beer. Getting a hydrometer can help you figure out where your beer is in the fermenting process.

How Long Should I Leave My Beer In a Fermentation Chamber?

Most recipes will have you move on to bottle conditioning or kegging once they finish, though.

Should I Do a Secondary Fermentation?

In both cases, this gives the beer a chance to build up more alcohol content and absorb the flavors you add in later.

Having a solid fermentation chamber will give you finer control over your homebrewed beer projects. Things like sealable valves, internal temperature control, and even the shape of the fermenter will change how you adjust your batches as you make them.

All of these bells and whistles with your fermentation chamber will give you something vital when brewing: control in fermentation.

The more control you have over the environment and conditions of your brew, the better chance you have that your brew turns out delicious. You’re creating a chemical reaction inside that fermentation chamber, and extra variables can throw that reaction off.

Overall, we recommend the Chicago Brew Werks buckets for those getting into the beer brewing hobby. They are cheap and easy to use, making them great for beginners. It’s nice to have all the specific design elements of the other chambers, but simple is the best place to start when you’re learning the ropes, and homebrewing is no exception to that.

Besides, you can always scale up to something like the Fastferment or Craft-A-Brew systems later on once you have practice brewing beer. Pick up one of their buckets today and see if homebrewing beer is something you want to try out long-term!

How To Infuse Beer With Helium

Can You Drink Expired Beer?