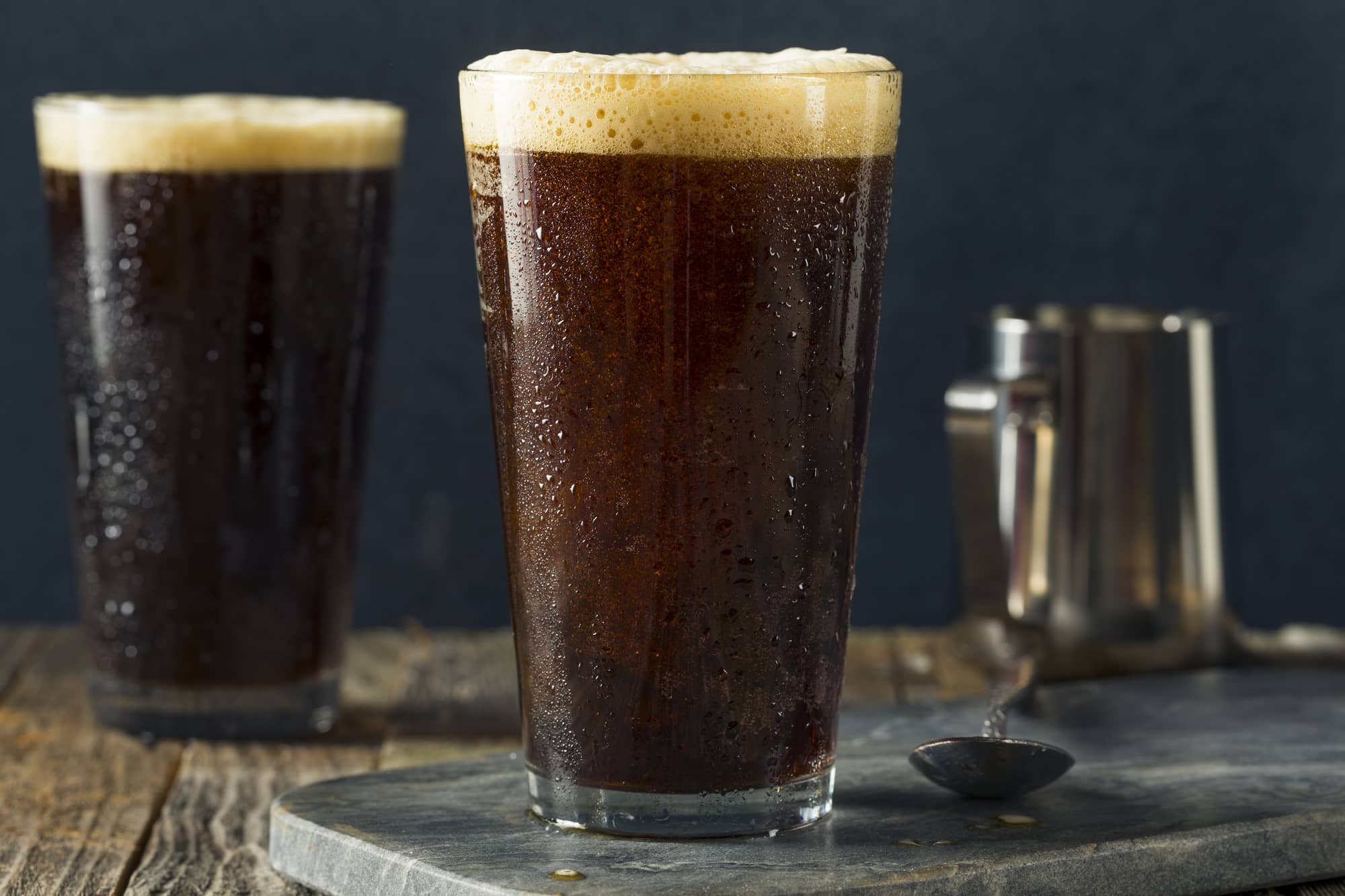 The craft beer industry continues to rise in popularity, with nearly unlimited options to explore for your next favorite ale, porter, or IPA.

Almost every major city in the United States supports a robust craft beer culture, with taprooms, microbreweries, brewpubs, and regional breweries growing by 500% from 2010 to 2020.

Craft beers are also available in a huge variety of flavors, both with the grain used in fermenting and the other ingredients added to make every craft beer unique.

Another technique gaining popularity among craft beer enthusiasts is nitrogenation, or infusing the beer with a higher proportion of nitrogen gas instead of carbon dioxide to produce a different drinking experience.

Even iconic beer brands have gotten into nitrogenation as the trend experiences double-digit growth among excited beer drinkers and dedicated homebrewers.

There is specialized equipment needed and techniques to learn to nitrogenate your next batch of craft beer successfully. However, with thorough research and enough experimentation, you can enjoy the unique mouthfeel that comes with this brewing technique.

Why Are Gases Important in Beer?

In addition to barley, hops, water, and yeast as the basic ingredients of beer, gases also perform essential functions to bring the taste of each unique beer to the next level and provide the effervescence beer drinkers love.

Based on the type of beer you are brewing, nitrogen and carbon gases are blended and infused into the beer in specific ratios.

Depending on the gas blend, brewers can promote a creamy consistency or a fizzy, refreshing brew. Gases can also influence how long the foam beer head lasts, and the right balance of gases helps retain the brewer’s flavor intention.

Why Was Nitrogenated Beer Developed?

Nitrogenated beer is an attempt to replicate traditional cask ale nitrogenated naturally in European brewpubs when exposed to air in a hand-pulling process. Air is 78% nitrogen.

Modern nitrogenation was developed to mimic these beers’ creamy mouthfeel and appeal in a more convenient package. This new process removes the human from pulling the beer and reduces the volume of beer that must be consumed at once.

The process of nitrogenation is also a good way to maintain a quality standard for these creamier tasting beers. Nitro beers are notoriously more finicky than traditional carbonated beers.

Because hand-pulling cask ales need a worker to draw the beer, this can cause inconsistencies through human error. Modern nitrogenation reduces this process to simply drawing a draft from the tap.

Traditionally, cask ales are drawn from a large container like a barrel. As nitrogenation technology has improved, drinkers can now enjoy nitro beers in much smaller quantities without worrying about mass spoiling.

Characteristics of Nitrogenation Vs. Carbonation

Nitrogenation changes the standard ratio for a beer’s gas blend to produce a different taste and feel. The carbonation levels can vary widely based on the beer you are trying to create. But the usual gas blend for nitrogenation is 70% nitrogen and 30% carbon.

While carbonated beer is the traditional approach for brewers, nitrogenation’s smaller gas bubbles and smoother drinking experience are earning followers.

Nitrogen is a gas that is very insoluble in liquid. A high-pressure tank is needed to dissolve nitrogen and create a solution that is pleasant to drink.

A beer will show it is nitrogenated through a few sensory clues. A tapped nitrogenated beer will produce a large and long-lasting, creamy head, similar to a well-known Irish stout beer.

After pouring the beer, tiny nitrogen gas bubbles can be easily seen being pushed throughout the pint glass, as small nitrogen bubbles are easily pushed down and along the sides. At the same time, the carbonated gases rise on the inside of the liquid.

As you drink a nitrogenated beer, you will notice a creamy texture, smooth mouthfeel, and less acidic taste, especially when drinking a beer with heavy malt qualities, like a stout or porter.

Nitrogenation may sound intimidating, but homebrewers can achieve this unique brewing method in a smaller scale operation.

First, a nitrogen gas cylinder and regulator are needed to help dispense nitrogenated beer and are essential tools to handle the higher pressure of the nitrogenation process.

There are two different processes to nitrogenate beer once the beer gas ratio is perfected and you’re ready to pour; draft or canned nitrogenation.

To pour draft beers, a specialized nitro draft beer pouring technology called a resistor plate is attached to the tap, right before the beer faucet.

The resistor plate forces the liquid through the plate’s perforations while the liquid’s pressure rapidly changes coming out of the tap.

This faucet fitting comes in a standard size, so purchasing additional new fittings should not be necessary unless you make nitro a permanent fixture on your homebrew set-up.

Because nitrogen does not dissolve easily, more pressure from the nitrogen cylinder and regulator is needed to produce a drinkable beer.

How to Serve Nitrogenated Beers

If you’re serving nitro beer on draft and your equipment is set up, you will pull the tap’s lever down to fill your pint glass about two-thirds full and allow the liquid to settle. Wait a few seconds and repeat the process until the glass is full.

For nitro beers in a can, a specialized device or “widget” is sometimes inserted into the cans to release the additional nitrogen gas when cracked open.

In the absence of a widget, some brands recommend a “hard pour,” or tipping your can at a previously-not-recommended 45-degree angle and pouring into the glass from a height to activate the nitrogen. After hard pouring, wait for the beer to settle before continuing to pour.

Some nitro beer manufacturers even encourage nitro drinkers to shake the beer to activate the nitro inside. There is a lot of experimentation involved in getting the pressure, gas blend, and dispensing methods correct to serve the perfect nitro beer.

Should Beers Be Nitrogenated?

Nitrogenated beers are so different from their traditional carbonated alternative that some beer experts believe it is not a genuine beer product and merely a passing trend.

Beer fans point out that nitrogenated beer must be consumed within 30 minutes, or it will taste flat. This argument against nitrogenation says the time limit demands a quick drinking time to sustain the drinking experience versus relying on the actual composition of the beer and savoring.

Also, because nitrogenation is achieved through adjusting the beer gas and using specialized equipment instead of tinkering with a recipe, some beer experts don’t recognize nitro beers as a true reflection of the art of brewing.

As with all the craft beer trends that come and go, passionate beer lovers will maintain strong opinions on both sides. Recent advances and experimentation with nitro beer seem to suggest nitrogenated beers may be here to stay.

What Kinds of Beer Can Be Nitrogenated?

Because of the additional chemistry involved in nitrogenation, not all beers respond the same to this process. A lot of trial and error has occurred in the beer industry to determine the best beer styles to be served on nitro.

Most nitros offered to beer lovers today are typically porters and stouts. These beers are more malt-heavy and rely on the grains fermented in the recipe. Grain-based beers work more cohesively with nitrogen than beers that are more hop-forward like IPAs.

Hoppy beers are more at risk of losing their distinct flavor when introduced to nitrogenation. However, craft brewer experimentation is alive, and well, so more hop-forward beers are being attempted with the nitrogenation process.

You may face two significant issues with the delicate process of making nitrogen-infused beer: over-carbonation and a lack of the signature cascade of bubbles in the glass.

If a brewing system’s line is producing too much foam, over-carbonation may be your issue. Adjust the PSI on your nitrogen regulator and test it again until it looks correct. This may take a few attempts to get the best result.

Another common problem is the lack of the classic rise of bubbles in the glass. This can happen if the serving pressure is too low. Change serving pressure by testing at a low PSI and gradually increasing until achieving the balance you want.

As with any craft beer, make sure you pour your nitro beer into a “beer-ready” glass. Choose an immaculate, room-temperature glass for your brew. If you’re not sure, rinse with cold water right before pouring.

Nitro beers are an exciting new trend to add to your home brewing repertoire. Successfully producing nitrogenated beer requires understanding the science behind this recipe and specialized equipment, but you can produce this unique and satisfying beer.

How To Make Alcoholic Ginger Beer