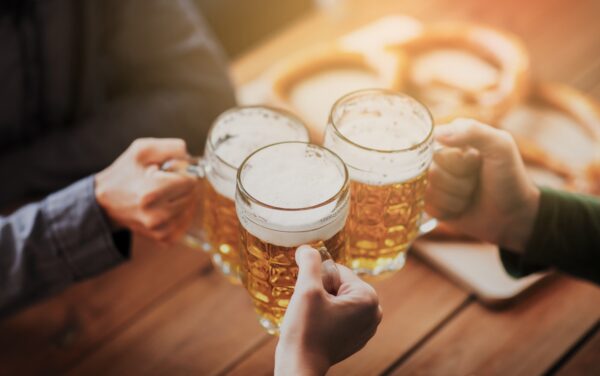 The weather is warming up, and it’s time for barbecues and picnics, and nothing refreshes the average beer drinker more than a nice cold lager. Not everyone enjoys beer, but you’ve taken it on yourself to convert your beer-hating friends into beer lovers. Where do you start on your beer adventures?

If you’re looking for a beer style for people who don’t like cheap beer, you have to understand what it is about beer that they don’t like, so you can find a beer that counters that challenge and overcomes their beer avoidance.

Studies by beer experts show that people typically don’t like beer because of its bitter taste. Our taste buds flag anything that tastes bitter as potentially dangerous. Not all taste buds are created equal, and the trigger can be more potent in some than in others.

While the sensitivity levels to carbonation vary, it may be another reason why those who don’t like getting that cold feeling don’t like beer.

So, never fear, beer lovers! We’ve put together a list of ten beers that can win over the people in your life that don’t like beer. They aren’t in any particular order. This list aims to suggest some beers for your friends and family who don’t like beer.

The winner of the 2020 Great American Beer Festival in American-Belgo Style Ale, Tank 7 is considered by some to be less of a beer and more of sparkling white wine. It has the aromas of Belgian yeast esters, citrus hops, and floral scents. The casual wine enthusiast might just love this beer.

This beer has a sweet flavor with a blend of citrus and grapefruit, and its finish is peppery and dry. In the world of craft beers, this one really stands out.

The perfect tank that held the blended beer was the inspiration for the ale’s name, Tank Number Seven.

This Belgian farmhouse beer has a straw color and has a light-medium to medium body.

If you know someone who likes citrus-flavored drinks like orange juice, you might be able to win them over with this beer.

Blue Moon Belgian White is a Belgian wheat beer brewed with a Valencia orange peel that provides a subtle sweetness, a bright citrus aroma, and a smooth finish. You’ll often see this beer garnished with a slice of orange to boost the citrus taste and smell.

If you’re wondering about the alcohol content, it’s 5.4%, and it’s a beer that pairs well with marinated chicken dinners, Pad Thai, and grilled shrimp.

Did you know that there’s a beer equivalent of a wine sommelier? They’re called Master Cicerone and the Manager of Beer Education at MillerCoors, Blue Moon Belgian White’s brewery, which is one of 16 in the world.

Depending on the time of year, there are seasonal versions of this beer. Keep an eye out for raspberry cream ale, summer honey wheat, and mango wheat flavors.

If you fall in love with this beer, you don’t have to worry about doing without it when you travel. Blue Moon Belgian White is available in 25 countries.

If you suggest this beer to someone who doesn’t like beer and they’re a bit skeptical, you might convince them when you tell them the brand was the only beer sponsor of the Food and Wine Classic in Aspen. You can also sell it by asking them to think of it as a fruity cocktail with bubbles instead of beer. And this 170-calorie beer won’t leave them bloated.

People who have had it say that it tastes a bit like chocolate milk and gives you the feeling of drinking a dark beer as well. You can buy this beer in a six-pack of 12-ounce cans or on tap where available.

The alcohol content in this drink is 6%. When you pour a can of Terrapin Moo-Hoo Chocolate Stout, you’ll see a beverage with a black to dark brown color, and you’ll smell the chocolate.

Since it is a stout, it is a heavy drink, but a milky stout may win over someone who isn’t a fan of beer. It’s almost like having a beer snack.

The chocolate isn’t the only flavor you taste when you sip this drink; it has hints of caramel and dark roasted malt.

If you’re serving this drink at a party, you might consider pairing it with some aged gouda or aged Sonoma jack.

The berries are juiced, and that juice is added to the lager after filtration, maintaining the strawberry smell and aroma.

Abita Strawberry lager is a perfect beer for beer aficionados who don’t like the taste of traditional beer because the sweet juice from ripe strawberries will counter the bitterness in beer.

The alcohol content in this beverage is 4.2%, and you can buy it in a six-pack of cans or bottles, on tap, or individual cans.

If you’re wondering what you could pair this drink with, you might want to try a strawberry shortcake and take your strawberry flavors to the next level.

For anyone unfamiliar with the term gose, it’s a warm fermented light body beer with its origins in Goslar, Germany. It’s a drink known for its tartness and saltiness. The salt flavor may make this drink an excellent option for people who don’t like traditional beer.

This melon gose has a refreshing, tart taste with a hint of melon. This gose is the Goldilocks of beers because it isn’t hoppy like an Indian Pale Ale, and it’s not as watery as a Pilsner.

It’s not hard to believe that the makers of this gose were looking for something that will win over the person who doesn’t like beer. The presence of sea salt creates a beautiful partnership with the fruit’s sweetness and acidity, giving beer drinkers something with a clean taste and a dry finish.

This melon gose is a great summer drink because its tartness quenches your thirst, but it’s not overpowering since the flavors and aromas of watermelon balance it out.

In addition to the notes of watermelon, this beer has hints of pear, lemon, and sea salt, as well as sourdough and coriander.

The alcohol content in this drink is 4.2%, and it pairs well with chevre, salad, or grilled fish or chicken.

If you haven’t tried this beer before, we warn you that it may ignite a journey to discover what other refreshing sour beers are out there for you to try.

If you like the idea of an alcoholic lemonade and Mike’s Hard was a bit too sweet for you, this may be what you’ve been looking for. Leinenkugel’s Summer Shandy is a light, white beer with a natural lemonade flavor, making it a perfect drink for the summer.

This shandy comes from a brewery with a long history. The Leinenkugel family founded their brewery in 1867 in Chippewa Falls, Wisconsin. The family had a long history of brewing beer before this, going back to their German roots.

Leinenkugel’s Summer Shandy was a silver medal winner at the Great American Beer Festival in 2012, in the Fruit Wheat Beer category.

This shandy has a gold color and aromas of wheat, cereal, biscuit, apple, and lemon. If you’re wondering what you could pair it with, this light beer goes well with freshly caught grilled fish, watermelon, fruit salads, and barbecued chicken. The alcohol content for this beverage is 4.2%

If you, or the person in your life who doesn’t like beer, love the taste of grapefruit or ginger, then this might be the drink for you. This is a lager with grapefruit and ginger, a combination that is bound to be refreshing.

Shiny Ruby Redbird is a relatively young lager. Shiner Brewery brewed this beer for the first time in 2018. While the drink may be young, the brewery that it comes from has a long history. Shiner brewery was founded in 1909 by Kosmos Spoetzl, who was Bavarian.

His love of beer carried him around the world, including Egypt, before he landed in Shiner, Texas. Kosmos is known to be the first brewmaster in Shiner, and he filled the role for almost fifty years.

This beer has 4% alcohol content and is great for anyone looking for a low-calorie and low carbohydrate beer. Shiny Ruby Redbird has 95 calories and 3.1 grams of carbohydrates, making it an excellent summer beverage for those who want to be health-conscious.

You can buy this beer on tap at your local bar or restaurant, in bottles and cans. Combining grapefruit and ginger provides you with a refreshing lager that you can enjoy any time of the year.

Most of us have heard about pumpkin lattes and pumpkin-flavored desserts when the fall season hits. This ale takes it to another level by offering non-beer drinkers something with a pumpkin kick.

If you have a friend who gets excited about autumn because of all the pumpkin-flavored foods and drinks available, you’ll want to have them try this ale. Its aroma has hints of vanilla and nutmeg, cinnamon, and, of course, pumpkin.

This pumpkin ale is a full and sweet ale with a hazy blood-orange color and an off-white head. As far as the alcohol content is concerned, this ale comes in at 5%. You can buy this ale on tap, in a can, or in a bottle.

Give this one a try at your next Thanksgiving feast, especially if you plan to serve pumpkin pie. What could be a better pairing with pie than a dessert beer?

This beer was the winner of a silver medal at the 2019 World Beer Awards in Germany. Weihenstephaner Hefe Weissbier is a white beer with a sweet taste and none of the bitterness you experience with traditional beer.

When you drink this beer, you’ll taste clove and banana. It’s an excellent beer for the summer since it isn’t too heavy.

The alcohol content of this beer is 5.4%. As of this article’s writing, you can buy this beer in bottles of .33 liters or .5 liter.

We thought you might like another berry-flavored option on this list of beers for people who don’t like beer. This is the perfect beer for any raspberry lover. Rubaeus is another drink where you don’t have to worry about the bitter taste of traditional beer.

This beer is red, thanks to the fresh juice in it from real raspberries. It’s a perfect blend of refreshing, tart, and sweet, making it a great summer drink.

The alcohol content for this raspberry beer is 5.7%. You can purchase this beer on tap or in a six-pack.

Rubaeus is another beer that you may want to offer amateur wine connoisseurs who aren’t usually beer fans but enjoy colorful wines or cocktails.

There are lots of beer options out there for people who don’t typically like beer. Since bitterness is one of the key contributors to people’s dislike of beer, beer makers have tried different things to win over those who don’t usually choose beer as their beverage of choice.

As you can see by the beers listed above, fruit or some other type of sweetener is frequently added to the beer to lessen the drink’s bitterness. Whether you like berries or chocolate, there’s a beer that might change your mind if you have refused beer in the past.

If you want to drink some beer with friends and family, you can invite everyone to bring their favorite beer for people who don’t like beer and have a beer tasting and evaluation. Or get real adventurous and whip up your own beer cocktails for them to try. If you want some tips on how to do this, check out this article.