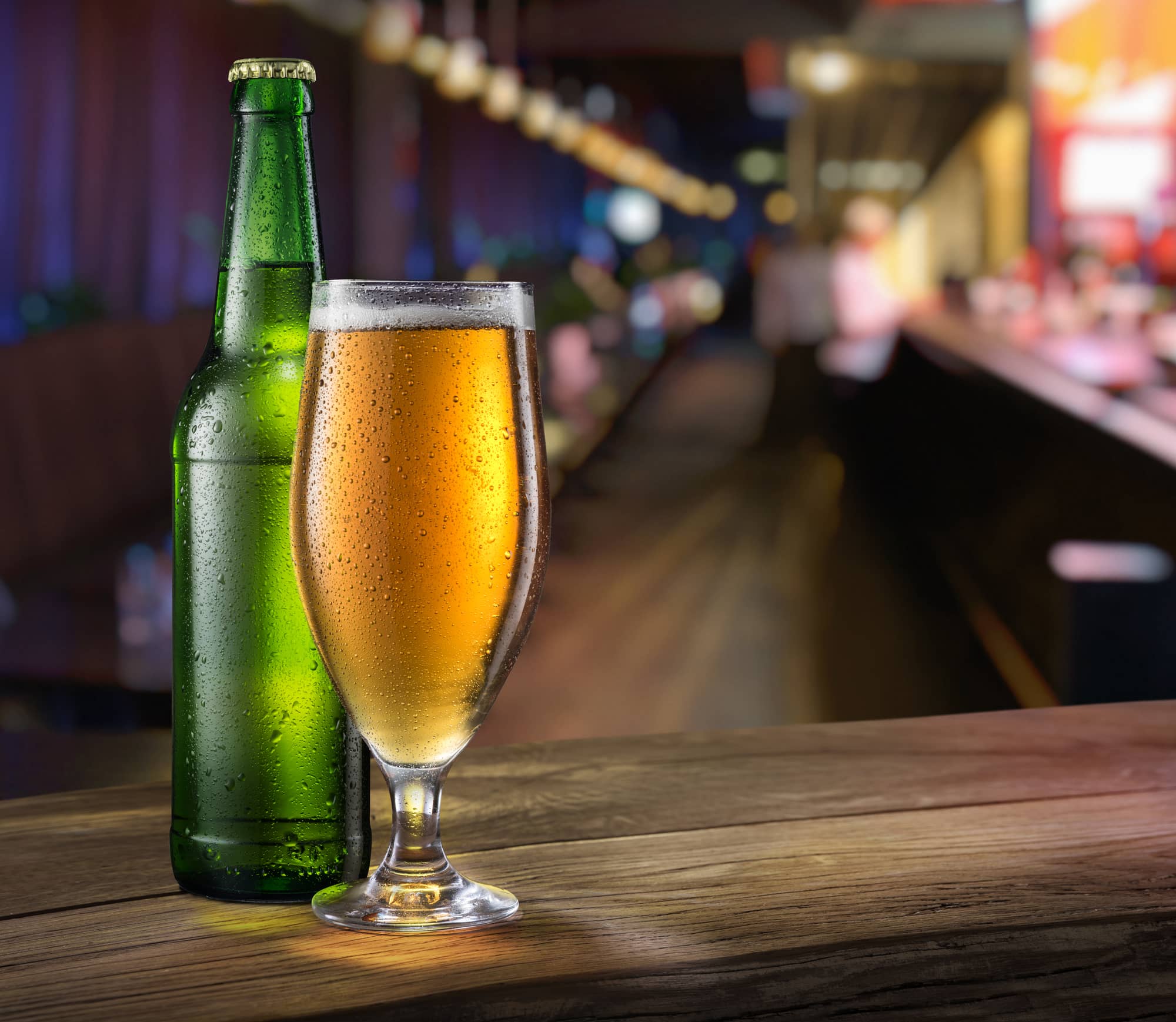 Ever wish you could have a few drinks without getting completely inebriated? I think we’ve all been there. And if you’re a do-it-yourselfer like me, you’re interested in how to brew non-alcoholic beer from the comfort of your home.

NA (non-alcoholic) beer has become more popular in recent years as many are pledging sobriety. However, there are many reasons people prefer alcohol-free beer over regular. Whether your motivation is health-related, due to a religious belief, or is a matter of general preference, NA beer is a great option for everyone.

Beer has to contain 0.5% alcohol by volume to be considered non-alcoholic. The end result of your brew won’t be completely alcohol-free, but the alcohol levels will be very low. You can drink it without the buzz, which means no embarrassing, drunken nights. You know, the kind where you slip and fall on the dance floor and bruise your tailbone. Never again.

Some people are surprised to find out that all regular beer can be turned into NA beer, and the brewing process is easier than you might expect. Let’s get started.

If you’ve brewed at home before, you’ll probably have all the necessary materials. If not, I highly recommend you purchase a home brewing kit.

You can find a ton of home brewing kits online with different ingredients for whatever suits your fancy. Most kits come with instructions to help you get through the process seamlessly. There are even online classes you can sign up for to help you learn about brewing in-depth. Like many others out there, you may become infatuated with the process.

Be aware that the brewing process in its entirety takes about a month. It requires a lot of patience, but it’s worth it. When you take a sip of your very own freshly brewed beer, all of your efforts pay off.

Once you have a batch of your favorite homebrew, you’ll only need a couple of things such as:

If you’re new to brewing, I highly recommend making alcoholic beer first to get a good feel for the process. NA beer has more steps, and if you’re unfamiliar with the procedure, it may become overwhelming.

Some recipes tend to make better NA beers than others. Sugar significantly increases alcohol content in beer, so you should be picky about the sugars used in your recipe. Simple fermentable sugars such as maltose and glucose are readily processed by yeast. You should search for a beer recipe with more complex sugars like dextrins. Dextrins are not fermented by beer yeast and will increase the fullness of the beer. Brewers should seek fullness, so the more dextrins, the better.

When brewing a recipe intended for NA beer, we also recommend that you use half the hops your recipe calls for. The alcohol removal process will significantly increase the bitterness of your beer. With too many hops, it’ll go beyond the bitterness of any IPA you’ve ever tasted. Not palatable.

Interestingly enough, when planning your brew, you can choose a special strain of yeast that can limit fermentation. Some strains can only produce alcohol in low amounts. The only downside to this is that more sugars can get through the fermentation process, leading to a sweet-tasting beer. Some may also produce a sour beer taste, which can work well in some cases and terribly in others. Choose your yeast strain wisely.

Once your beer completes fermentation, you can move on to the dealcoholization process.

The boil-off method is a common and easy way to remove the alcohol from beer. This method requires little equipment, making it convenient for home brewers.

The only downside to the boil-off method is that the beer can become flat, lacking the usual layered and bright flavors beer typically has. However, there are still ways to keep your beer flavorful.

Try adding water to make up for the alcohol that is lost. This trick will help the beer maintain its body and flavor. I recommend that you add the water before heating.

Heating up the beer

Now that your beer has completed fermentation, you can transfer it to your stockpot or brew kettle. From here, you can choose between oven or stovetop heating.

It’s a good idea to take a spoonful, let it cool, and have a taste to be sure you don’t taste any alcohol. Be warned- hot, uncarbonated beer will not taste great. Once the spoon has touched your lips, don’t use it to stir the beer anymore, or it may contaminate it with bacteria. Remember to keep all your equipment and tools sanitized- it’s one of the most important parts of brewing.

Oven heating is preferable, in my opinion. Ovens heat your beer evenly, maintaining its unique flavors. Yeast is affected by heat, so you can imagine how offensive a beer can taste if it’s subjected to fluctuating temperatures.

Although these dealcoholization methods may not be feasible for many home-brewers, I think they’re still worth mentioning if you want to explore your options and get yourself informed.

In the reverse osmosis method, a membrane filters the beer and separates alcohol and water from the ferment. Once the alcohol is distilled out of the mixture, the filtered water can be added back in.

The reason this method isn’t realistic for everyone is the pricing. It requires costly equipment. However, it is probably the most innovative and effective method out there. It maintains the flavor in the beer while still significantly lowering the alcohol content.

Vacuum distillation is a bit complex, but it is an interesting method. The process uses a vacuum chamber meant to lower the boiling point of the alcohol. Alcohol’s original boiling point is 173 degrees Fahrenheit, and the vacuum reduces it significantly. This process keeps the flavor unscathed while still evaporating the alcohol out of the beer.

To purchase a vacuum distillation chamber would be very expensive. However, some people are willing to create their own at-home rigs. Be warned, creating your own rig requires quite a bit of know-how.

Carbon dioxide is released during the boiling process, leaving the beer uncarbonated. You can use forced and natural carbonation methods.

To force carbonation, you can inject carbon dioxide into your beer keg. I know you most likely don’t have carbon dioxide lying around if you don’t regularly brew beer. Luckily, you can purchase a carbonation lid kit online if you’re looking to use this method.

For natural carbonation, you’ll need additional yeast and priming sugar. It’s a good idea to dissolve the priming sugars into the fermented beer before it’s heated. The heat will not change the sugar. With this addition, you will avoid your beer becoming contaminated with harmful bacteria.

Be sure that your yeast is activated before bottling- unactivated yeast takes longer to carbonate. It can take many weeks to carbonate your brew if the yeast is poorly activated.

You can rehydrate dry yeast by dissolving it in half a cup of warm water (80 F). Make sure the cup you use is properly sanitized.

Another excellent carbonation method is called Krausening. Krausening is a traditional German method used to carbonate beer without sugar or other add-ons. It was originally developed to initiate a slow, secondary fermentation that reduces unpleasant flavor components to produce a clean-tasting beer. If Krausening is done in an enclosed tank, it can become naturally carbonated on its own.

This process takes about four weeks, which is standard for most lagers.

To do this, you start by setting aside some of the original wort and using it to create a starter that will prime the beer. Be sure to keep your wort in a sterile container until it’s needed; if you plan on using this method, set aside about 10 percent of the wort. Some people prefer to use more, but I wouldn’t recommend going above 20 percent.

Once you’ve carbonated your beer, you should bottle it or leave it in the keg. You’ll be all set to drink your hangover-free beer in no time.

What’s The Difference Between Draft And Bottled Beer?