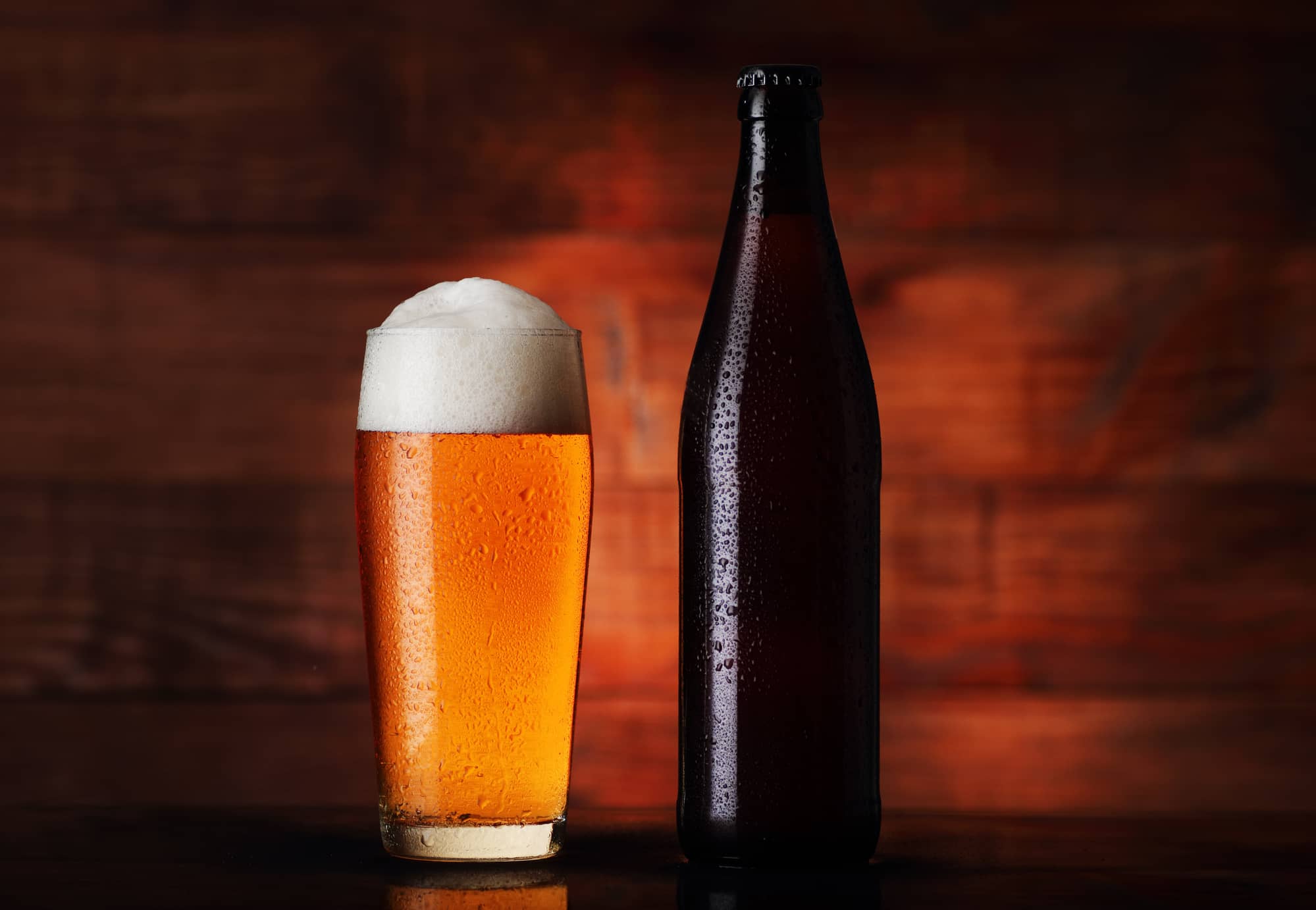 Have you recently become interested in beer or been a longtime lover of the beverage who’s now curious about the difference between draft beer and bottled beer? Whichever might be the case, there is a lot of information about the two types of beer floating around online, and searching through it all can be tiresome.

So, for the sake of making your life easier, here are some standout differences between draft beer and bottled beer that you should know!

Simply put, bottled beers are beers stored and served in bottles, whereas draft beers are served in a glass after being poured from a tap. This distinction might seem obvious and even unimportant, but trust that it is extremely important.

This is because the different ways of serving the beers produce surprisingly different beer tastes. The pros and cons of the two storage methods are also core aspects since the way beer is stored directly affects the overall taste and quality.

Another characteristic that distinguishes draft and bottled beer is the number of elements kept at an optimal level with draft beer. Draft beer requires much more proper management than bottled beer, making it the more specialized of the two.

Many written guides and video tutorials break down the aspects of draft beer step by step, such as kegs, draw systems, pressure, and pouring.

It would take too long to cover all those here, but I recommend doing some further research if you want to get into the nitty-gritty of draft beer or the art of kegging. It might seem intimidating, but it is all valuable information, especially if you’re thinking about producing draft beer yourself.

As far as what goes into keeping draft beers and bottled beers at their best quality, there are a couple of crucial points you’ll want to know.

Bottled beer is much more susceptible to sunlight than draft beer. This is because beer bottles don’t offer any significant protection against the ultraviolet rays the sun emits.

Ultraviolet light is the enemy of beer and can penetrate the bottle and affect the hops which significantly impact the smell and flavor of beer. This process creates the foul odor that bottled beers get when left out in the sun for too long.

So, if you’re ever outside somewhere enjoying the weather with a cold one, be sure to keep it away from sunlight! You can do this simply enough by just standing or sitting in the shade.

However, if you’re in a situation where you don’t have access to shade or brown glass bottles, consider opting for canned beer. It might not be the most incredible substitute, but it is better than rushing to drink your bottled beer before it goes bad.

On the other hand, you don’t have to worry about the sun nearly as much with draft beers because you can store them in kegs or barrels. Both forms of storage give beers more protection against sunlight, so in that regard, draft beers have a strong advantage over bottled beers.

Of course, that does not mean draft beers don’t have their drawbacks.

The process of pouring draft beers from a beer tap involves dispensing beer through pipes and lines. Because of this, you should know the condition of these pipes and tubes if possible. Poor management of a brewery system creates a strong chance for the system to become filled with mold, bacteria, and other nasty stuff that affects the taste and smell of the beer.

Unfortunately, there is not much to be done if you get draft beer from a craft beer bar that does not take good care of its brewing system.

Your only real option would be to find a different bar or set up your own draft beer system, both of which can be a hassle depending on your circumstances. However, this is only the case if you specifically want draft beer.

Despite beer bottles’ poor UV protection, being sealed helps bottled beers preserve their quality very well, and this is a benefit they have that draft beer does not. You can buy a 6-pack at the grocery store and keep your beer happy in your fridge until you’re ready for a drink — no fuss, no muss.

Freshness Is the Best Friend of Both

When it comes to taste and smell, it isn’t easy to make any objective statements. However, there are differences between draft beers and bottled beers in terms of their taste and smell.

If you’ve ever had a draft beer and bottled beer on the same day and thought the draft beer tasted better, it was likely because of the freshness. However, you might not have been able to identify that as being the reason at the time.

As I mentioned before, many elements go into managing a draft beer system. If they are all done correctly, then the draft beer will likely outshine the bottled beer in most cases when it comes to freshness. That said, bottled beer can somewhat replicate the freshness of draft beer.

The way you can do this is by pouring your bottled beer into a separate drinking glass instead of drinking from the bottle itself. By doing so, you’re letting out all those aromas and beer gas that usually stay stuck inside the bottle and give the beer a chance to aerate.

This won’t magically make bottled beers match draft beers, but it is a quality tip to keep in mind for the next time you find yourself having a bottle of beer.

Storage and Serving Make the Difference

There are more differences between draft beer and bottled beer that I could talk about, but those are a bit more specific. The main points to keep in mind are how the two beer types are stored and served and how those two elements impact taste, smell, and quality.

Now the next time you go to a bar or store to buy some beer, you’ll be able to make a much more informed purchase for the highest quality beer possible!